WHO IS DRIVING THE THE MID-ATLANTIC SOLAR INDUSTRY FORWARD?

BALTIMORE, MD, NOV 20TH – Last November, hundreds of solar professionals from across the country gathered at the Baltimore Hilton Downtown for Solar Focus 2019, an annual conference hosted by Maryland-DC- Virginia Solar Energy Industries Association (MDV-SEIA). MDV-SEIA awarded outstanding members of the community who are advancing the state of the industry through innovation, advocacy, and leadership.

Despite being just a first year legislator, Maryland Delegate Lorig Charkoudian led the Clean Energy Jobs Act as the floor leader, driving transformative energy and equity policy for Maryland. We could not have been more fortunate to have such a passionate leader to work effectively both in committee as well as behind the scenes to help pass this historic legislation. We named Charkoudian this years Solar Champion, her hard work and perseverance for the solar industry cannot be overstated. This year, Delegate Charkoudian is leading the General Assembly’s engagement on the recent FERC MOPR, which has significant impacts for our industry in Maryland and beyond. 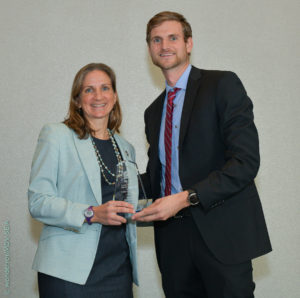 The Boots on the Roof Award went to Paul Collins of Standard Solar. He is a five-year veteran of the company who has worked diligently as an integral member of the Vigilant Energy Management Operations and Maintenance team. As an expert in the field, Paul also has taken lead on many site commissionings, trained new employees on site, and performed major reactive repairs. Paul’s dedication to go above and beyond 9-5 to increase his knowledge in the renewable energy workforce is truly remarkable. Paul embodies the model team member of the solar industry; we are pleased to have him advancing solar deployment in Maryland and beyond. 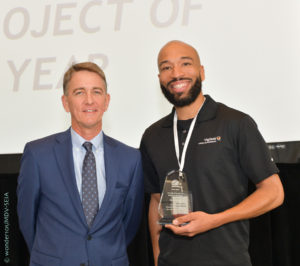 The challenges of developing solar on brownfields cannot be understated. Nonetheless, brownfield community solar projects will be an integral part of providing the benefits of solar to Marylanders: and SynerGen Solar achieved just that in our Project of the Year. Prince George’s County-based SynerGen Solar developed the largest co-located community solar project in Maryland: The 6.6 MW DC project was constructed on a 110-acre Construction and Demolition landfill in Prince Georges County, MD. SynerGen actively meets the solar financing and development needs for industrial, commercial, and non-profit groups, it’s contributions to Maryland’s community solar program are outstanding. 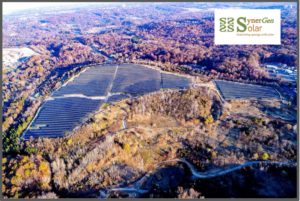